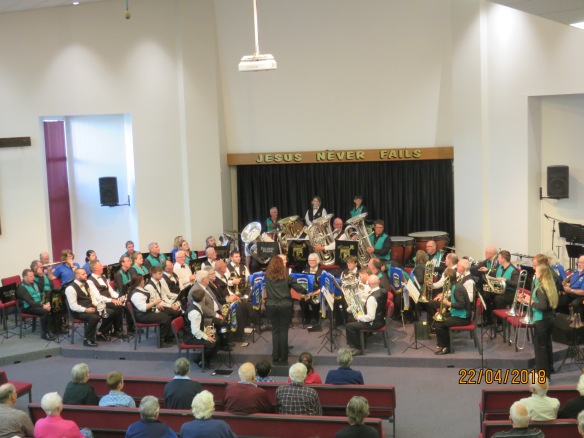 On Sunday 22nd April 2018 at 2pm, leading up to ANZAC Day, the Levin Salvation Army Church was filled with with the glorious sounds of a combined concert featuring Levin Centennial Concert Band, Feilding Brass and Levin & Districts Brass bands.

The concert started with Levin Centennial Concert Band playing Blitzkrieg Bop, O Waly Waly, In the mood, Pirates of the Caribbean, A Whole New World and Love Me Tender.

To finish off this afternoons concert, all three band joined together to play Hogans Heroes and the street march Invercargill.

Such a huge and wonderful sound to finish off an awesome afternoon of music.
Look forward to the next concert.