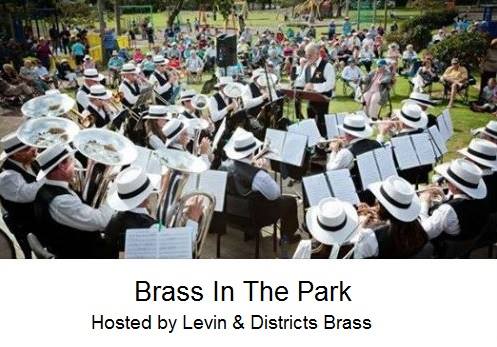 February sees Feilding Brass in full swing, rehearsing for our first gig for 2019 which    is on Sunday 24th March as part of Brass In The Park, a free concert in Levin, hosted    by Levin & Districts Brass.

This will truly be an afternoon of wonderful brass playing full of entertaining music.

Feilding Training Band started up on 11th February, and have 3 new learners who have joined the group which is a great sight to see. One of which is learning the drum kit, so Steve better look out. He has competition now. It’s great to see Senior band members coming along to help out and guiding the learners during practise.

Also on our radar is the New Zealand Tattoo being held in Palmerston North on the 12th & 13th April,  which Feilding Brass is participating in.  Playing alongside such great bands as The NZ Army Band, Brass Wanganui and Royal New Zealand Air Force Band and others, this is going to be an amazing experience for everyone.

Tickets are available at www.nztattoo.nz